Posted at 12:02h in inspiration, photography by livelaugh 0 Comments
0 Likes

Cale Glendening is a freelance photographer and film maker, and definitely an inspiration!

The above music video, created for musician Van Risseghem, is an excellent example of this. Even though the budget was incredibly limited, the final project is a beautiful visual narrative of the song. As he writes on his blog, “We have to stop making excuses and get out there and CREATE!” I suppose it goes to show that a good idea will trump uncertain circumstances any day.

He also relatively recently travelled to Indonesia to photograph and film the Mentawai Tribe – he found a story he wanted to tell, and so he went and told it; awesome! Perhaps it’s his passion that make his work so remarkable?

Posted at 05:28h in photography by livelaugh 0 Comments
0 Likes

Last week, I was lucky enough to interview photographer Matt Sartain about his work, process, and inspiration for a blog I’ve been contributing to called Feature Shoot. Below is a snippet of the full interview in which he discusses the influence of digital methods on his work!

Your work very much utilizes digital manipulation and composites. Do you think this method of creation adds to the narrative strength of your work? If so, how?

‘Besides the color and toning in Photoshop I would be happy to do all of these things in camera. Truth is it’s often not practical and sometimes not even possible to do what I want in camera. Often times the use of compositing and manipulation is a more accessible way to get something that would otherwise be out of my budget. I hope to do more practical in-camera imagery as the budget for my work grows. The less compositing the better as far as I’m concerned, so when I use that technique it’s because the decision has been made from a production standpoint. Before any shot goes into production I consider what I have (time/money/location/crew) and then decide what I can do in camera and what I do in post. Often times images that would require an enormous crew, rigging, permits, etc. are just me and one other person – compositing allows for a lot of freedoms.

‘The role of compositing has had a remarkable effect on my photography. I remember when I first began to construct images – I started small and went bigger and bigger and bigger. I was excited when I discovered that my work was only limited to my imagination. There’s something really empowering about feeling like there is nothing I can’t create – I don’t mean that in a cocky way, I mean only to say that I’ve discovered my strengths and weaknesses and I know that if I can concept an image I can create it’.

Check out the rest of the interview here! 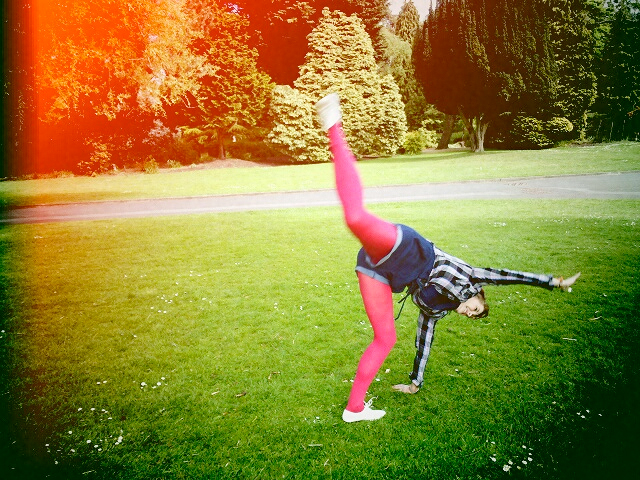