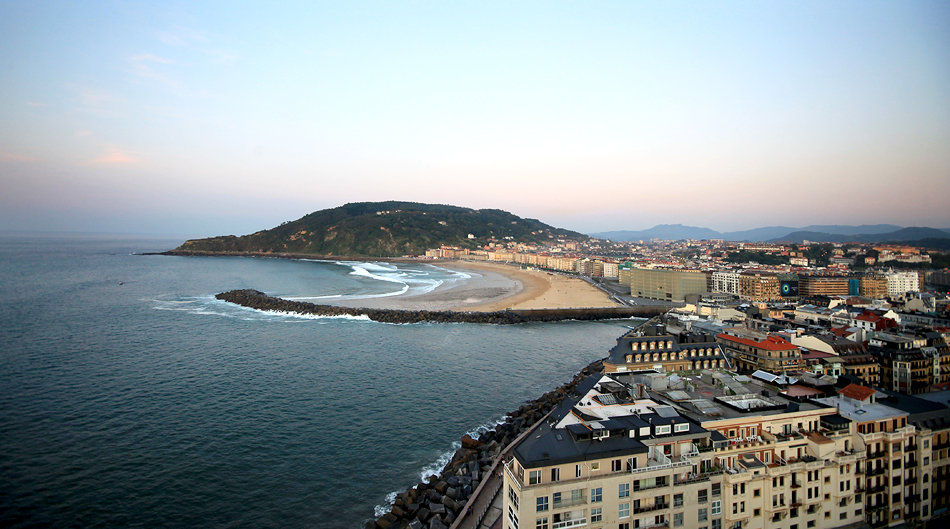 01 Oct Thoughts on The Image Conference

Beachy views, delicious pintxos, and warm weather coupled with creative folk and inspiring presentations: what more could you ask for?

Lucky for me, having attended the Image Conference in San Sebastian this past week, that’s pretty much a picture of the last few days! Not to mention, it was held in the beautiful Kursaal Congress Palace right on the beach. A match made in heaven, really. 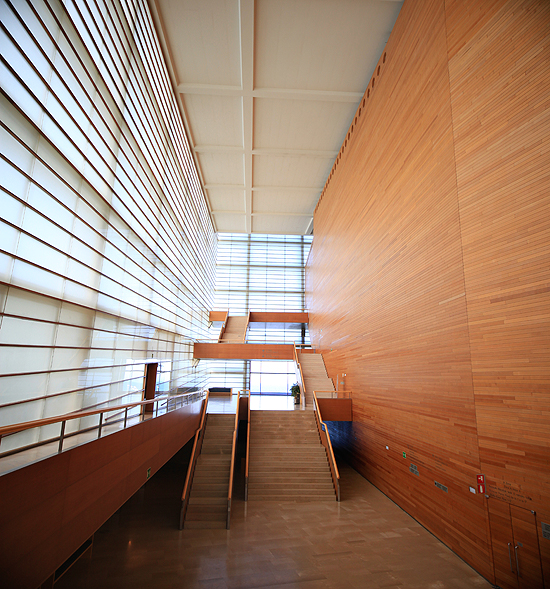 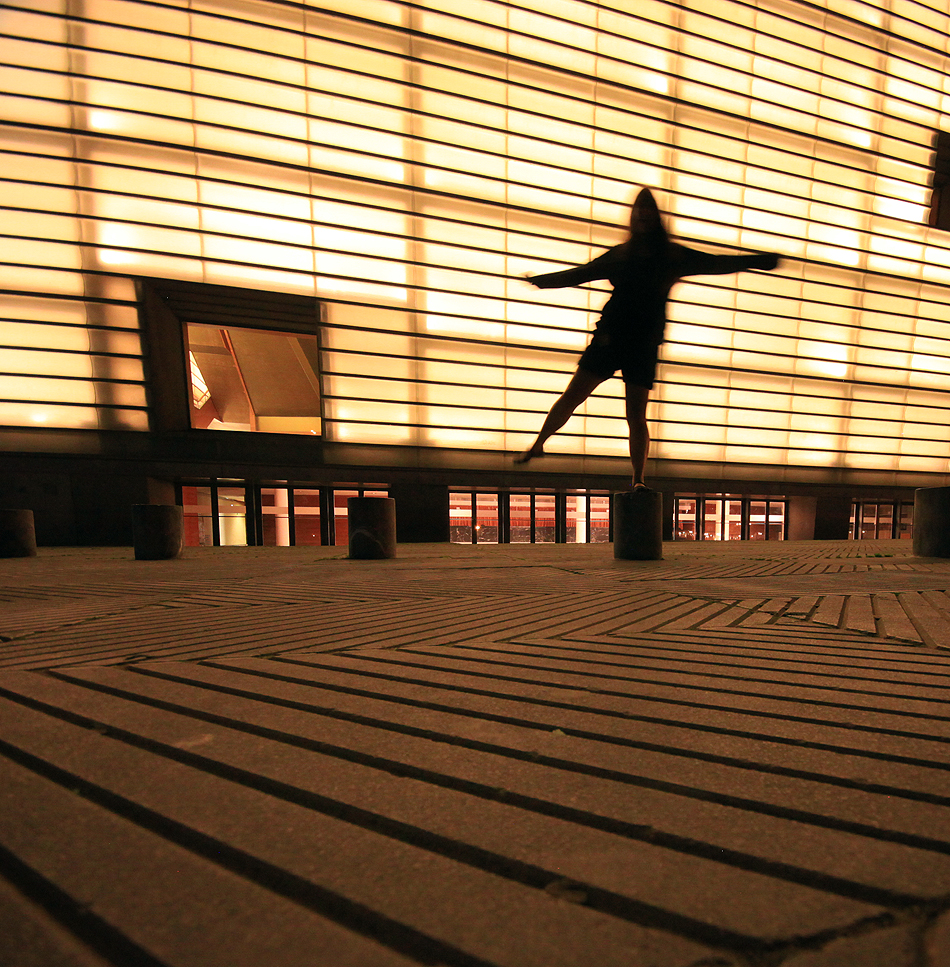 The conference itself was set to contemplate notions of what the image is in modern day, and how its role is ever evolving across such a broad range of disciplines. With presentations on everything from technical aspects of image-making to those on theories of image representation, there was an abundance of interesting information and, better yet, discussions. If not a bit of an information overload, it was easy to pull something from each presentation – kind of exciting how so many different disciplines can have so many threads in common!

Having submitted and presented my first conference paper as well- ‘The Digital Design of Photography – Digital Photographic Manipulation & Its Representation of Reality‘ – I got some really amazing feedback, and heard some really great discussions afterward! Also, I am super grateful to have been selected as a recipient of the conference’s Graduate Scholar Award, and absolutely couldn’t be happier with the experience overall.

As a bonus, flying out of Bilbao, I got to swing by this lovely place:

Why yes, it is the Guggeneheim Museum! Stunning, right?

All in all, it was definitely an excellent way to spend a few days and boost the creative thinking and inspiration back into overdrive for this semester! I’m excited to see what other exciting creative endeavors await… stay tuned for info on my upcoming major photo + cgi project! 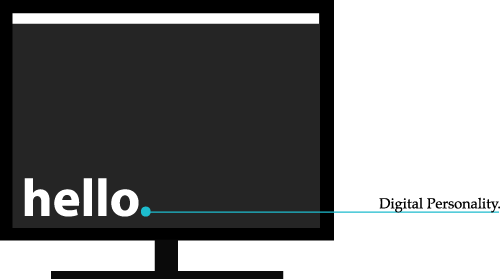 04 Sep Say Hello to Your Brand

Posted at 02:30h in design by livelaugh 0 Comments
0 Likes 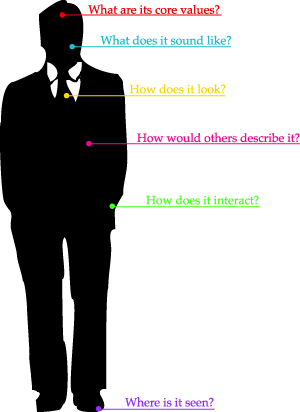 If you introduced yourself to your brand, how would it respond?

Would it wish you a polite “Good Day”? Maybe opt for an enthusiastic high-five? Would it ignore you completely? Or perhaps it would respond with a heartily yelled “Yo, ‘sup!”

It may sound silly, but it’s no secret that in these days branding can be a crucial part of your business’ success, and it’s therefore more important than ever to understand that your brand is a persona: It’s a living, breathing, interacting, evolving reflection of who your company is and what they represent. If you think about it, the image of your brand is directly portrayed based on how you choose to represent it in each facet of the marketing and promotion plan; what language you use when speaking, the font you select to tell the story of your business, the type of imagery associated with your work, and the means you choose to communicate are all examples of how a brand’s personality should be carefully considered, especially in the context of design.

I’ve put together a couple of thoughts that highlight some things to consider to help strengthen your brand and its message.

END_OF_DOCUMENT_TOKEN_TO_BE_REPLACED

Posted at 09:20h in design, inspiration by livelaugh 0 Comments
0 Likes

I know, I know – there are a million and one posts about the ‘best portfolio sites’ or ‘slickest website designs for artists’ – but I come to you with my contribution on the topic: Not merely a list of Excellent Portfolio Sites (based on content or design), but also Associated Lessons You Can Learn From Them! Are you excited now? (I know it’s flash but give it a chance!) This is quite possibly one of the most beautiful portfolio sites I’ve seen in a while, that I think quite exceptionally tells the story of Rox’s work (which is very much based on experiental photography and loving life).

Lesson: Design for your client – know who they are and what will appeal to them. Rox’s site is beautiful and exceptional because it does this (but it probably wouldn’t be as effective if he specialized in sports photography).

Definite props for the simplicity here, I think, but also the variety of work and how it’s portrayed (the order of the scrolling images tell a story of their own). He’s also got a blog that’s worth checking out.

Lesson: Include personal work! What you spend your own time working on is a good reflection of what you’re passionate about. If people see this work, you’ll be more likely to get hired to what you love! I think one of my favourite things about this site is that the photos speak for themselves, but for each photo there is also a link to ‘Read more on the blog’. It’s not forcing people to read, but gives them the option to feel more involved and respond. It seems actually rather friendly.

Lesson: Keep it simple but show your visual style. Think about how the design and can best complement your images – sometimes it’s okay not to use words, let the work speak for itself!

That’s all for now, folks – stay tuned for (a possible) part II in the near future!

26 Dec A Babble About Lessons in Collaboration

Posted at 12:33h in design by livelaugh 0 Comments
0 Likes

Something I’ve been working on over the past couple of months is a website called Backstage Noise. The idea came from having written reviews and photographed various gigs over the past few years, and then moving to Northern Ireland, where the people I had previously written for weren’t exactly keen to cover events. So, as anyone would, I decided to start my own musicesque site.

But, the initial beauty of the idea was that it would be a collaboration. On many levels, really, but mainly between myself and a web developer who would do the more-geeky coding side of things while I would tackle the visuals, and we would mutually provide content. This did not quite work as planned, leaving me at the last minute, still full of ambition and wanting to fulfill my declaration of a December launch date. So I buckled down and got to having some web design fun of my own. This resulted in seeing a lot of this:

Which in turn produced a bit of this:

In all seriousness, I did learn some lessons from this failed collaboration (collabor-not? no-llaboration?), and I did prevail in the end, so it was far from a total loss.

I suppose to summarize, from my experience I will say this:

If you want to do something, figure out why you want to do it. I watched Simon Sinek’s video where he talked about the ‘Golden Circle’ a couple months ago and was fascinated by this very concept that people aren’t really interested in what you do, but more so why you do it. I never really thought of this applying to something like a website, but when I thought about it, it makes a ton of sense. It seems so obvious – it is so obvious, really – but it is equally easy to skip over.

Because everything was sort of put on hold and the workload was going to pretty much double for this project, I was forced to stop and think about why I was doing it. What was the point of it? And so the whole mentality behind the site sort of shifted because of this change in events.

So Backstage Noise exists to inspire awareness, creativity, and collaboration between art and the music industry. The goal is to provide interesting articles and images that showcase successful companionship (eg, how photography benefits musicians, and visa versa), and it will do so in the form of a blog/website.

Stay tuned to see how it develops…

(Also, I like webdesign a tiny fraction more, so that’s exciting.)