Posted at 16:23h in inspiration, photography by livelaugh 0 Comments
0 Likes

While wondering around London’s Southbank Festival of Britain festivities earlier today, I bumped into a swell little exhibit atop the roof of the Hayword Gallery that I thought I’d share!

The photos, part of a series entitled ‘Helmand’, are by photographer Robert Wilson, where he photographed closeups of troops in Afghanistan’s conflict region a few years ago. I suppose there are a lot of photo series covering the war and things around that, but it was interesting to see the story told through straight portraits. It was kind of like each photo told an entire story of its own – of each person’s experience – in a kind of in-your-face but contemplative way. ‘Twas also super cool to see it out in the open air on a roof which added to overall impact, I think! 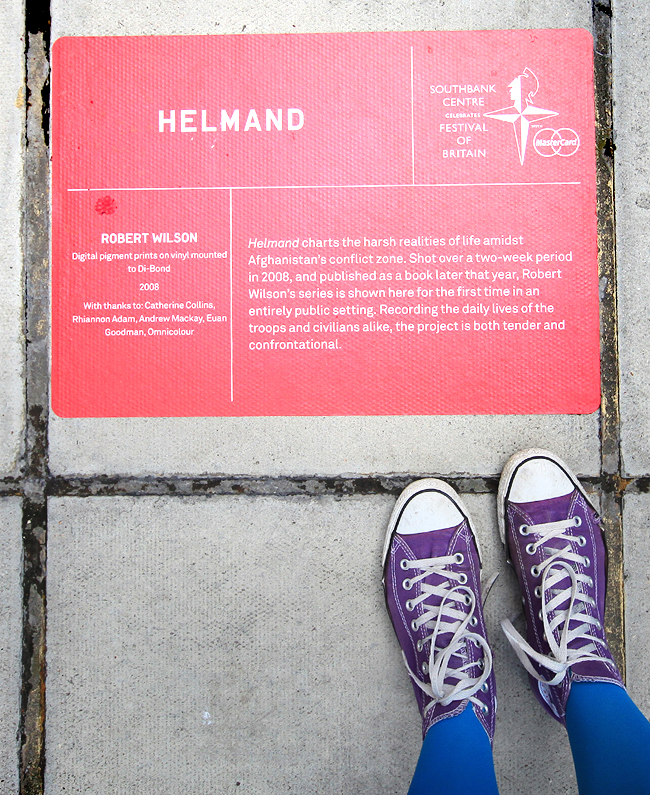 To check out more of the series and see some of Robert Wilson’s other work visit his site here.